“All progress starts by telling the truth.”
- Dan Sullivan

Are you a full time developer that has been solving client problems with FileMaker for 20+ years and watching FileMaker market share dwindle over time and wondering what will happen next?

What is next for Claris?

Before discussing that – lets consider the existential threats facing Claris and FileMaker Pro:

“Too much” code is needed to meet client production value expectations – sharing is needed.

In our experience, new software development grads want to leverage what they’ve learned in school and new developers want to  learn new skills that will maximize their present and future earning potential.

FileMaker doesn’t leverage what the students have learned, nor does the insignificant number of filemaker job postings – linkedin has 70 in canada and 876 in USA vs 53,012 javascript in canada and 824,113 in USA.

Competition from other RAD tools

Before no code / low code, we called them rapid application development tools.

In the past 10 years there have been 10+ startups in the No Code/Low Code space getting 30 million plus in funding.

The space is crowded but in our experience, they are terrible – developers and users can’t actually build apps.

However they are arguably gaining faster on FileMaker. Claris, being owned by Apple might actually be a hindrance in that they can’t raise investment or go in to debt, and are required to be profitable.

However the competition can attract and leverage new software developers.

Every years clients renew their existing license – giving them a chance to think “should I stay or should I go?”

There are more off the shelf vertical market products in the Microsoft, Android and Apple app stores.

There are more SaaS products, and then there the no code / low code startups.

However there are steep switching costs for FileMaker customers – evaluation costs, acquisition costs, implementation costs, training costs and ongoing costs. In my experience clients have always chosen to remain with FileMaker unless they are part of much larger enterprise.

The other client to consider is the client that has not upgraded. Apple boasts that it has the highest number of users running the last version of its OS compared to other phone vendors.

After how many years of not upgrading, can the client still be counted as a client?

If the client hasn’t upgraded after 1, 2 or 3 releases then they have voted with their wallet that they don’t see enough value in the new release versus the release they have.

Monthly licensing makes the price magically 12x cheaper by dividing 12. I can gauge the utility of tool priced monthly much easier than a tool I can only purchase annually. Competitors are ALL priced monthly – and have a freemium tiered pricing model. With all the choices available to consumer, vendors are responding to market pressure to sample the product.

For developers to stay on developing in FileMaker they consider

These are related to FileMaker product development and marketing efforts.

FileMaker is the tool for problem solvers.

In our experience, it is rare – to find a FileMaker developer that comes from a software development background. Instead we find magazine publishers, bond traders, film editors, musicians, photographers, chemists and accountants to name a few – that have found FileMaker to solve problems.

Let’s focus on attracting and cultivating people that are problem solvers first, that can be taught to code a purchase ordering system with clients over zoom in real time.

To retain developers the development tool needs to attract clients that have the potential to grow into large custom development projects – one proven way to do that are marketplaces – especially those that support monthly subscriptions.

The Apple App store has been a bonanza for Apple shareholders and developers.

“There is an app for that.” has made many iOS developers millionaires.

Does anyone have any ideas about how Claris – an Apple subsidiary – could help FileMaker developers – sell their Apps and FileMaker licenses on the App store?

To retain developers the development tool needs to support both mobile platforms. Not having native Android support is a deal breaker for clients with a large investment in Android.

FileMaker makes these tools more powerful because of its ability to act as an Extract Transform Load (“ETL”) tool with user workflow.

The key is to position FileMaker as leveraging these external tools – not as a replacement.

What could Claris do to change the trend direction? Something incredible! 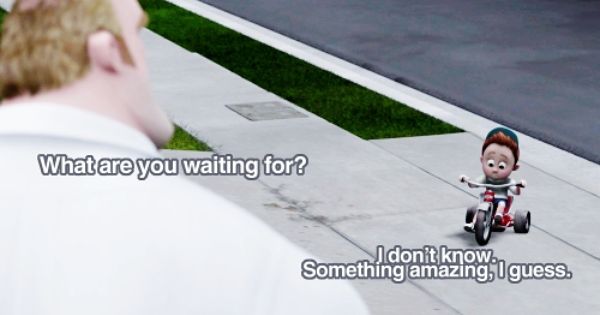 Join us at one of our 15-30 minute, free no-obligation information webinars. We’d love to see you there!